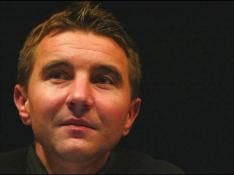 THE PLAIN-SAINT-DENIS (Seine-Saint-Denis), June 28, 2008 (AFP) - One thousand delegates committees for a "New anti-party" Saturday held their first national meeting, a "founding act fort" that must allow the radical left to "change of scale," says Olivier Besancenot. "This first meeting is not a mini-congress but it is a founding act fort", launched the ex-candidate of the LCR to the presidential front of the delegates, mostly non-Trotskyist party members, meeting in an austere room of the Plaine-Saint-Denis. "We have a special responsibility: the radical leftist anti may change size," the young postman, who spoke a few minutes, as other delegates. His dynamic enthusiasm the audience: "We are outraged, we want to go further, we want to build another company, which brings us together is a process of rebuilding political," said the former presidential candidate, popularity will crescendo, according to recent polls.